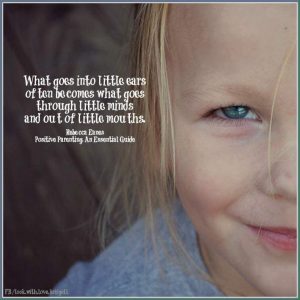 All the blogs and websites I seem to be addicted to reading, talk about remaining calm and being “unruffled” in situations where your child is testing. I agree, shouting and losing your cool should not be the default for managing testing toddlers. However, thinking about the development of emotional intelligence, life isn’t about not making mistakes, it’s about how we manage the mistake that counts.

An example: I’m ironing. F is playing on the floor. H is playing shops. All good – I’m on to my fourth shirt, wondering how long this will last…H decides he wants to do some hoovering downstairs (!). I say I have 2 more shirts to iron and then we will go downstairs. Some whinging and whining but I’ve stated my boundary and I’ll stick to it. So…I notice the twinkle in his eye and he starts flinging the un-ironed shirts off the bed. I state very calmly that I don’t want him to do that, and if he wants to throw he can throw the balls in to the laundry basket. “I don’t want to do that” and starts throwing clothes on top of F, with that knowing laugh that will get a rise out of me. Mistaken young chap..I calmly take the clothes off F’s head and repeat what he can do instead. But then….he goes for my ironed shirts!!! And flings them!!! So much for staying calm and un-flipping-ruffled!! I shouted and picked him up and put him in his room. I’m not sure why I did this but I did. I didn’t shut the door so he came straight out crying after me. I shouted some more explaining these shirts were freshly ironed and look what he had done! (Ok, I’m also very tired at being up with the little one every two hours in the night). He cried and cried and asked for a cuddle. We cuddled as he cried and then he settled in my arms. I said I was sorry for shouting and I explained I did not like what he had done to my shirts. H manoeuvred down to the bottom of the bed. He said to F…“I have been silly and I have been crying”. “I sorry Mammy for crying”. I explained that it was ok for him to cry as this was him telling me how he was feeling. I finished my shirts as he sat quietly and then we went downstairs so he could play hoovering.

Thinking about the alternatives:

1) go downstairs when H asked – No, I’d set the boundary of two shirts and then I would be ready

Reflecting on this, yes, as the model way of doing things, (isn’t hindsight wonderful) I could have said “you’re throwing my shirts, I can’t let you do that, I am going to move the shirts now” and sat with him whilst he got his emotions out. But actually, life isn’t about not making mistakes, what H did experience here was me saying sorry. He let off his steam, I let off mine, we re-connected with a cuddle and 5 minutes later it was done and dusted. We’ve always tried to acknowledge rather than curb his feelings, trying to have a “bring it on” attitude to his emotions. I want him to know that its ok to be mad, sad, frustrated etc and I want him to share that with him so I can better understand him. Its easier to stop those feelings by distraction, or giving in but that’s not encouraging him to be him and communicate his feelings with us. I’m hoping by rolling out the red carpet for the emotions at this stage will reap rewards as he gets older.

As Janet Lansbury says:
“social emotional intelligence may be the most essential for predicting a fulfilling, successful life. It’s also the aspect of development parents influence most profoundly, and it’s crucial that we’re aware of that, because our every word, move and gesture are being studied…we’re the ones under the microscope, modeling everything we do and say…model patience, forgiveness, sharing, empathy – the social traits you wish for your child”