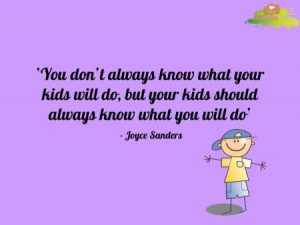 I notice less tantrums with H when I explain whats going to happen.
Scenario: H loves “telly time” and given the chance would work his way through Netflix Kids in one sitting.
Normally – he’ll be watching a programme, it will finish and he’ll say “Mammy I want to watch something else”. I’ll then say “no, we’re not watching anymore television we’re going to do X” This can lead to upset.
Yesterday after he woke from his nap I explained he would watch the end of his film then we’re going to do some playing….it had finished and I was waiting for the request to watch “Cinder-de-rella”…instead I got “Mammy, lets play now”!
Even if he wasnt happy with the outcome and got upset due to tiredness or whatever, at least its been explained and he had been prepared – thats whats happening and he can express his feelings as he wants, I’ll be there to support him in this.

Another example – off to the garage for diesel. I explained en route, this time we weren’t buying any chocolate (him and his dad usually treat themselves when they go). A few protestations and negotiations from the back (“I’ll just choose a fudge not a chomp”) but I set the boundary clearly but gently. (I always have in my mind that I’ve done my bit by setting a clear boundary and he can respond as he likes, and I’ll stay with him in whatever feelings he wants to throw out ). We got to the garage and went in to the shop to pay. He had a good look at the chocolate but not a word. Had I not given the preparation and the explanation and told him at the chocolate counter he wasnt having any, I imagine a major kick off (in public too!). So I suppose it’s about what we can do to help make it easier for them – preparation and explanation.

Whats the alternative? “no we’re not doing that”. Springing this on a little person doesn’t seem quite fair. A bit like when we go to ikea, I always get a hotdog – if I’m told I’m not having one today as i walk past the cafe…well, there would be tears!

If we are included in something and understand the reasons then we’re going to engage more with it, same with kids I guess…they’re no different from us, they just have less of an emotional regulator!

Posted in Uncategorized and tagged #connectedcommunication, #mindful parenting
← Noticing our own thoughts and feelingsIts ok to make mistakes →